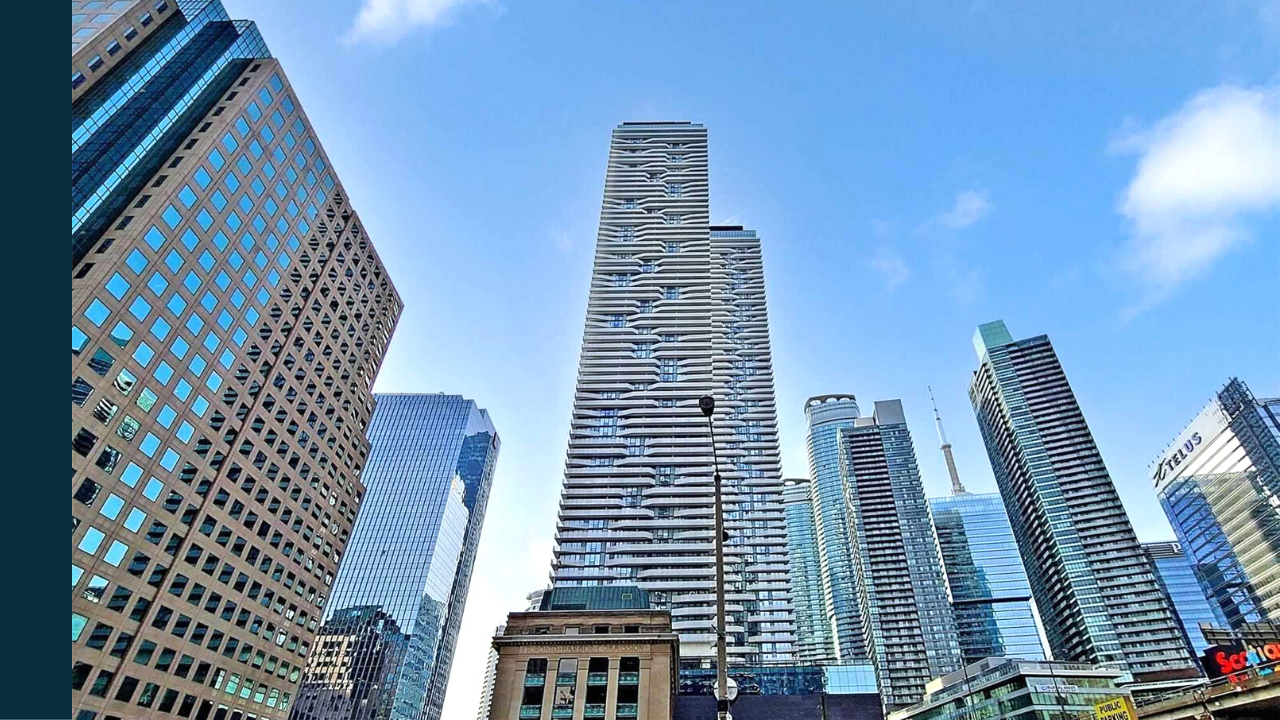 The underground PATH is a pedestrian walkway network in downtown Toronto and a major contributing factor to the demand at Harbour Plaza. With over 30 km of restaurants, grocery stores, shopping outlets, services, and entertainment stores, the PATH has all the necessities you’ll need without stepping outside during cold winter days. Linking you to public transits such as Union Station and all the way to Dundas Station, it’s just as convenient as it gets. Unlike the average condo building, Harbour Plaza connects you directly to the PATH located on the second floor of the buildings. Click here for the PATH map.

Harbour Plaza is a master-planned community and an iconic landmark on the downtown skyline and its location is beyond the ordinary. Why? Take a look at the map. A convenient five-minute walk to Toronto’s Waterfront and an 8-minute walk to Union Station. Neighbours to CN Tower, Ripley’s Aquarium, Scotia Bank Arena, Roger’s Centre, Maple Leaf Square and RBC Plaza. Close proximity to trendy King West, Queen West, Distillery District (famous for their Christmas Market), Eatons Centre, Lakeshore, Liberty Village and much more! Taking the streetcar is usually the fastest way to get around downtown Toronto without having to drive.

Famous restaurants and breweries right in the area such as Harbour 60, Amsterdam Brewhouse, The Goodman Pub & Kitchen, The Slip, Joe Bird, Boxcar Social, RBC Plaza Foodcourt, and much more.

88 and 100 Harbour St boasts 70 storey high towers with spectacular postcard views of Lake Ontario, the city, and a gorgeous skyline. When you’re all the way up to 50-70 storey high, sky and lake views are all you can see! On lower floors, you’ll get a good view of Scotia Bank Arena and connecting you to the lively city. The views are always magnificent no matter the floor.

Take a look at one of the penthouse suites with modern finishes and a functional layout. Picturesque views of the serene Lake Ontario.

5. Spectacular Lobby That Will Impress Any Guest

Harbour Plaza offers a soaring luxurious lobby that connects the two towers together which defines the ultimate vibrant urban living. Not to mention, it will impress just about any guest here!

Having friendly and approachable concierge staff is vital to the reputation of any condo buildings. Great service should be just as great as the physical features it offers. After all, first impressions are everything. The front desk concierge and the rest of its staff members at 88 and 100 Harbour St are approachable while offering great services.

7. Developed by Menkes, A Triple-A Developer

Menkes is known for its master-planned communities and is one of the largest private developers in Canada. Recognized as an award-winning real estate company focussing on residential, retail, and industrial properties, their innovative and multi-disciplinary approach with modern designs is regarded as one of the most trusted builders in Toronto.

Harbour Plaza is by far one of the best condo investments in downtown Toronto and our list explains to you the whys! If you’re thinking about investing in Harbour Plaza, feel free to connect with us at nicole.li@century21.ca or fill out the contact form below! We’re more than happy to help with your real estate needs.