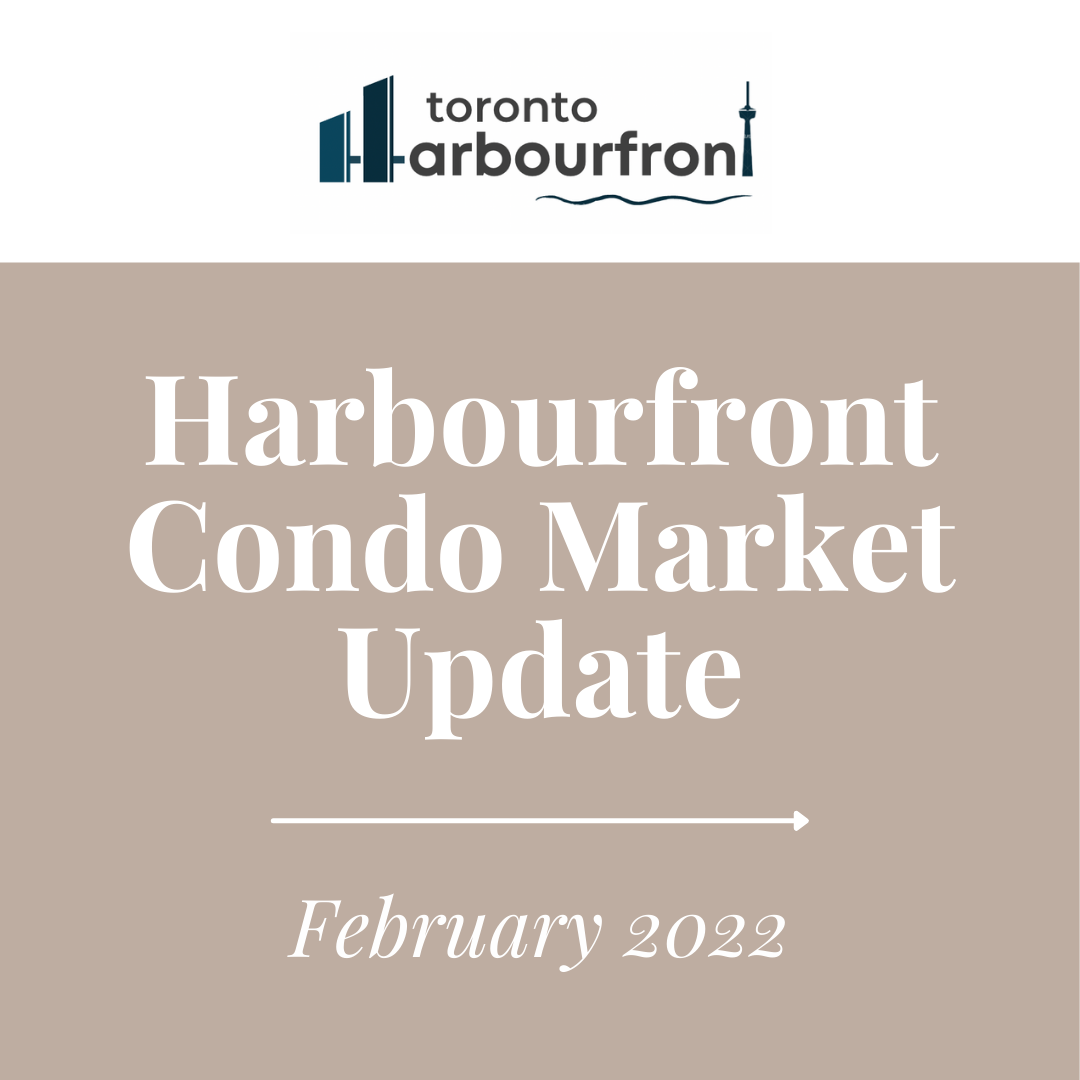 Welcome to the month of March! The good news is that spring weather is quickly approaching, however, there will be colder days during this month. This month officially wraps up winter, so be sure to take advantage of winter activities like snowboarding, skiing, skating, and tobogganing.

Last month, we see an average sold price of $714,147 which is a 20% increase compared to February 2021. Last February, there were a total of 32 units sold and an average of 12 days on the market compared to February 2021 with 49 units sold and 13 days on market. Last month, there has been a drastic increase in average sold price and a whopping demand for housing in downtown and the overall GTA.

In February 2022, the average sold price for a 1 plus den was $795,499 and the number of units sold was 46 with an average of 17 days on the market which is a 17% increase. Compared to last year’s February 2021, there was an average sold price of $681,023 with a total of 44 units sold and an average of 27 days on market. From last to this year February, there has been a huge increase in buyer demand. One plus dens are the most popular layout and buyers usually want an extra den for their work from home office.

I know you’ve probably heard enough of this saying, but if you’re thinking about buying a home, now is really the time. The market will keep increasing with the steep population levels migrating to Toronto. I know a few of our clients have already made over 100k in the span of a few months due to the rising housing prices. Buy now and you won’t regret it.

Questions about the real estate market in Toronto Harbourfront and Waterfront? Send us an email at info@torontoharbourfront.ca and we will get back to you as soon as possible or simply fill out the contact form below.