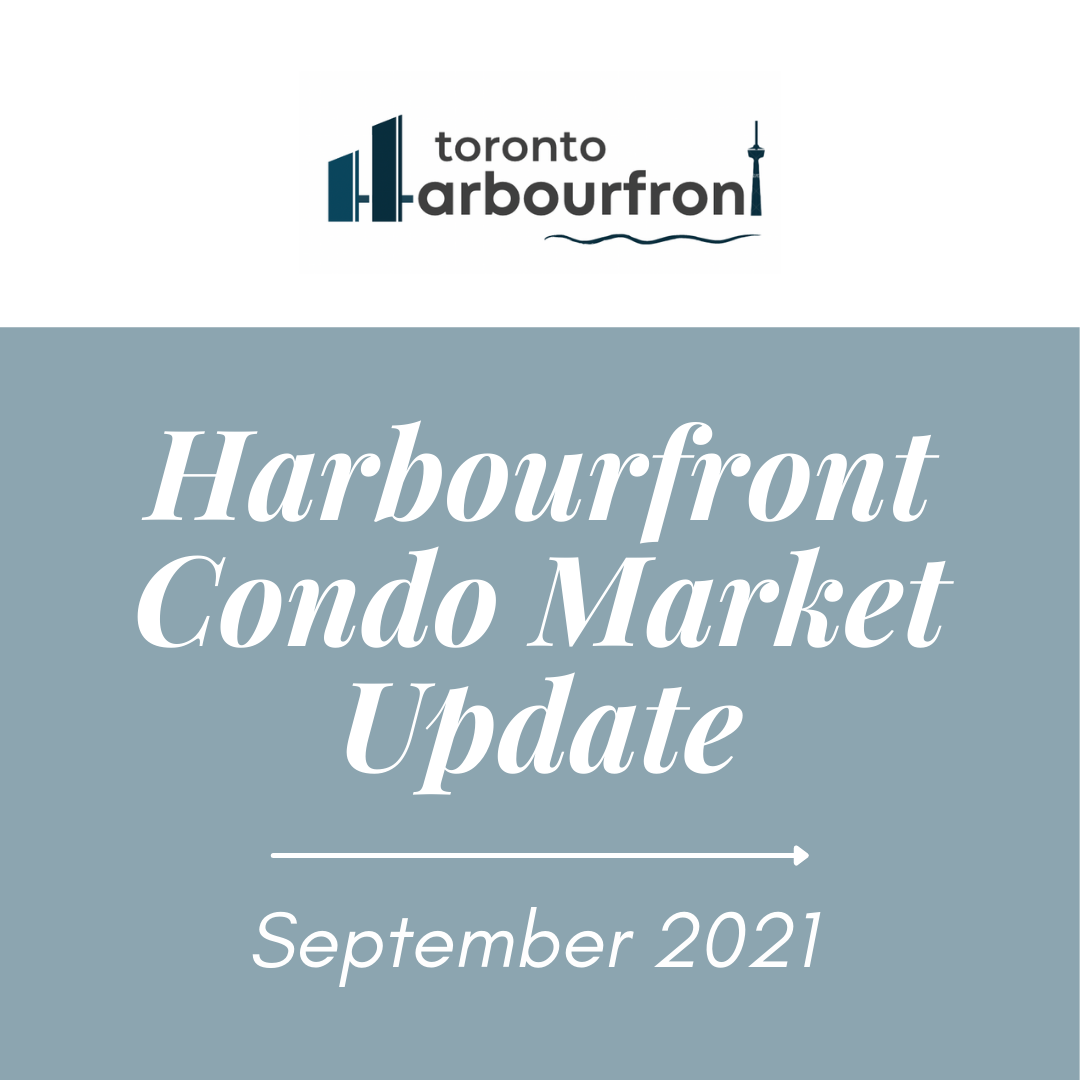 Happy Thanksgiving! We hope you enjoyed your turkey, pumpkins, and your time away from work. While fall is quickly coming to an end, we want to showcase the most recent fall condo statistics for September 2021. See below for the most up-to-date market stats pulled from TREB.

Here’s a closer look into Harbourfront market statistics for September 2021.

We see an average sold price of $698,989 which is an 18% increase compared to September 2020. There were a total of 18 units sold and an average of 12 days on market compared to last year in September with 18 units sold and 22 days on market. The market is picking back up compared to last year due to the majority of the population receiving double vaccine doses. This trend is providing people the confidence to invest in the downtown real estate market as well as population growth.

In Toronto Harbourfront/Waterfront, the average sold price last month for 2 plus dens was $1,545,560 which is a 61% increase compared to September 2020 with an average sold price of $956,857. There were five 2 plus dens sold last month with an average of 24 days on market. The percentage increase should not be heavily weighed as some units are similar in layout, but other factors such as size, views, quality are different affecting the overall sold price.

It is no doubt that the condo market in downtown Toronto’s Harbourfront is constantly increasing in value year over year. The statistics show that the market is picking back up at an ever-increasing rate and the numbers say it all.

Questions about the real estate market in Toronto Harbourfront and Waterfront? Send us an email at info@torontoharbourfront.ca and we will get back to you as soon as possible or simply fill out the contact form below.